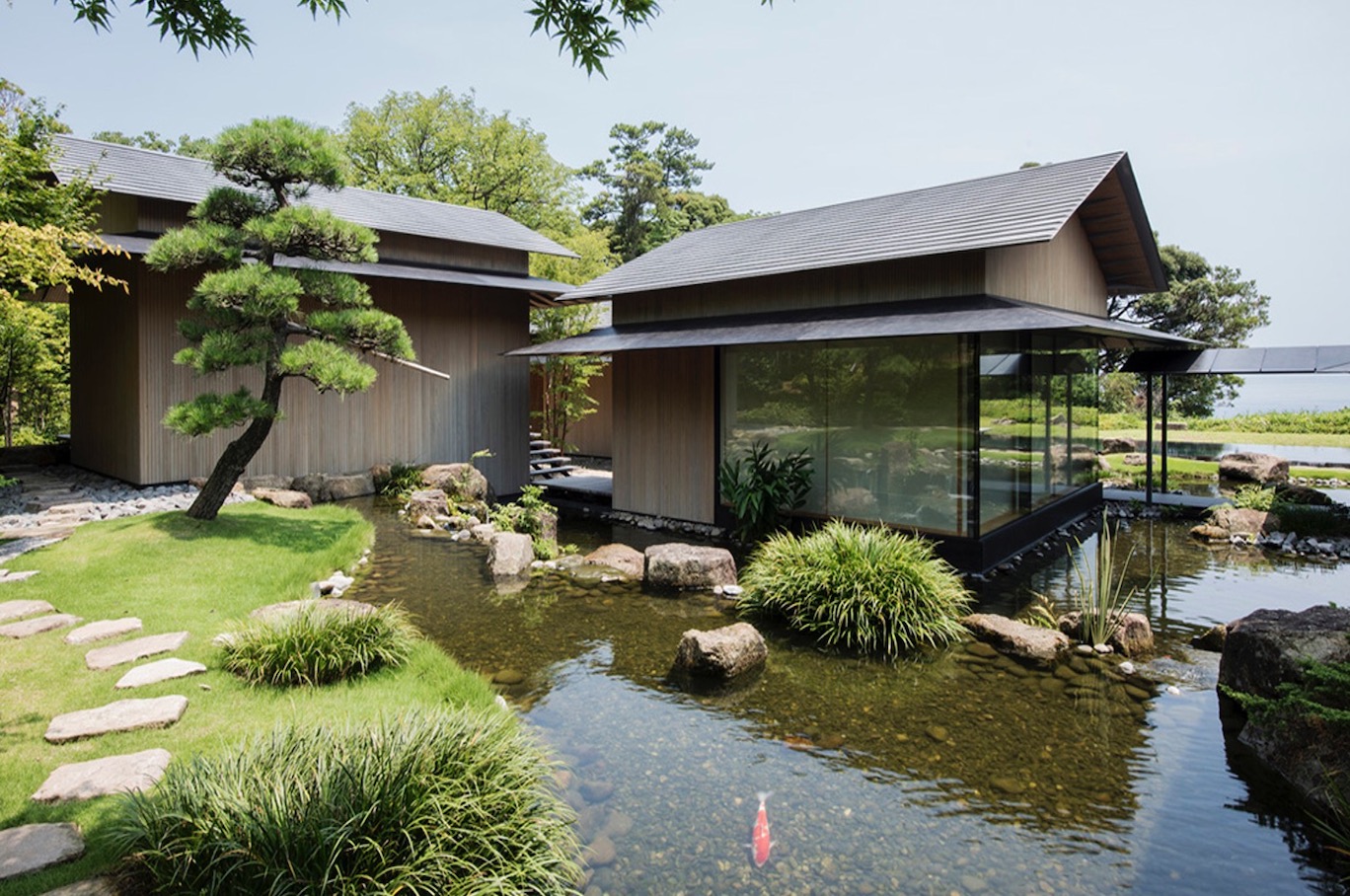 Built on a volcanically formed coastline cliff just outside of Tokyo, this Kengo Kuma and Associates-designed property sits on 5,300 square metres of land within a national park.