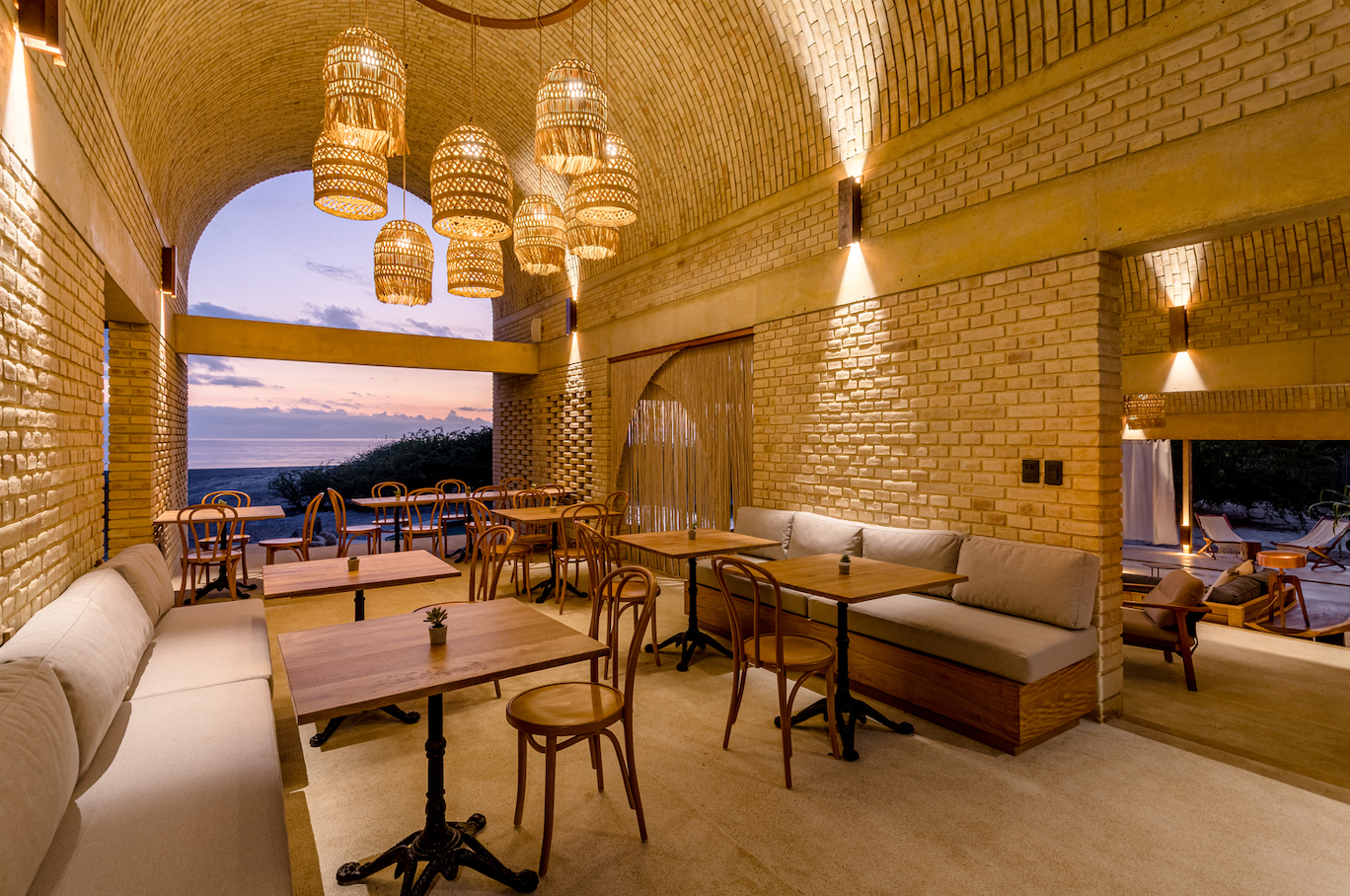 Located in front of the Pacific Coast and immersed in the landscape of La Barra de Colotepec, Mexico, and designed by the Mexican architect Alberto Kalach, Cassa Sforza hotel develops from the idea of being aware of the environment, the contemplation and respect for the environment where the delta of the Colotepec river converges with the sea– the sabines, the mangroves and oaks. The building consists of three volumes that connect with a corridor where a thin concave line passes. It guides the visitor towards a sea of turquoise water that descends four steps. These volumes are made up of ten vaults that face the Pacific Ocean, granting spectacular sunsets in reddish tones and facilitating double or triple heights as well as welcomed air circulation.

Both interior and exterior spaces are designed integrally following the general concept and earthy tones where the partitions and coatings made in the region seem to be created from the coastal sand. On the other hand, concrete and wooden beams intersect the spaces to play with the different heights that allow interesting moments of contemplation at different levels, in different atmospheres generated by the temperature of the site, the solar path, and the visual and acoustic experience of the movement of the waves.

On the other hand, as entrepreneur Ezequiel Ayarza Sforza, owner of Sforza Cassa, points out: “The interior environments are made up of pieces from regions recognised for their artisan crafts, such as rugs from Teotitlán del Valle, textiles from the Oaxaca Valley, hammocks, chairs and curtains from Yucatán and palm lamps from Veracruz, which are combined with decorative elements and amenities from the Oaxacan mountains, where they are made by potters, cabinetmakers, farmers, and beekeepers, in the Pueblo del Sol workshops – a project of sustainable production, where the continuity is possible thanks to the contributions and support of Casona Sforza.”